Help us to transform the lives of people facing homelessness by giving them an opportunity to find and forge new careers in hospitality.
Fundraise for Us, Support an Event, Sponsor a Project or Donate – Just know that your support will help change someone’s life!

Only A Pavement Away was founded with the aim to create visibility and strengthen partnerships between forward thinking employers in the hospitality industry and the many charities and organisations working hard to place their clients who are facing homelessness, are leaving prison or veterans, into long-term, stable employment.

To help us deliver an effective employment pathway, we have created a bespoke jobs board and candidate profile page which is available to all of our partner employers and charities free of charge and, helps us to connect people facing homelessness with new careers in hospitality.

All of the donations and financial support we receive is invaluable in helping us to create more pathways to employment and 85p of every £1 we raise is used to maintain a robust job application process, deliver our hospitality skills training projects and when needed, enable us to provide short term financial support to members during the early stages of transitioning to a new home and starting a new job, supporting them with their with rent, travel, living expenses or important household items such as fridges, cookers.

Start Fundraising. There are many fun and easy ways you can help to raise the vital funds we need to support more people facing homelessness into work!

Events & Campaigns. Created to help us raise awareness and funds – Find out how you or your company can get involved through sponsorship, volunteering, donations and much more!

Projects. We want to help anyone facing homelessness develop their employability skills to take them into new careers in hospitality.

Corporate Partnerships. Working with Only A Pavement Away can not only help your business promote its values but also play a vital role in helping us to achieve our Mission!

Philanthropy. We would love to work with you to enable us to invest in more services and projects to support people facing homelessness into long term, stable employment.

Partner and Supporter Offers. We have introduced the Partner Offers section as a way to bring our business partners together to encourage and promote their services and sale of supplies. 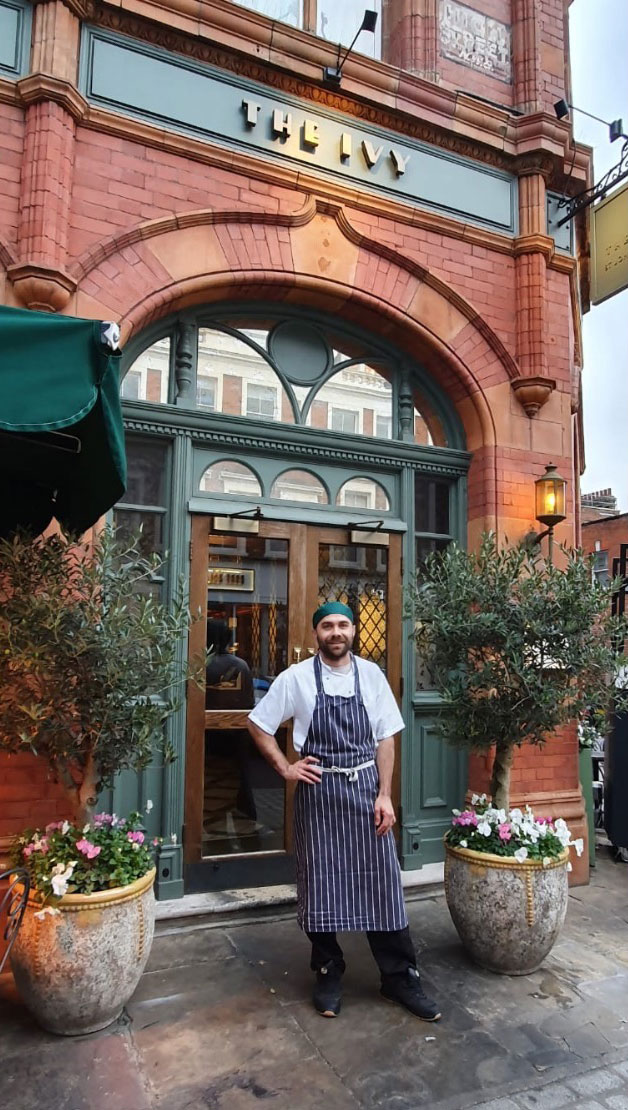 In November 2018, Iulian became homeless in London. He was living in accommodation provided by his employer who said rent would be deducted directly from his wages. Sadly his wages never came and after working unpaid for six weeks he was told to leave the property.

Iulian says: “With nowhere to go, I had no choice but to sleep on the streets. I slept mainly in well-lit passages, and where I could, public places with CCTV. I thought I was less likely to be attacked if passers-by could see me. Weeks later I was advised to get in touch with StreetLink who helped me into Crisis at Christmas. It was like heaven – after being on the street, and then suddenly being treated like you’re at a five star hotel.”

Iulian, aged 33, moved into a Caritas Anchor Assessment Hub in mid-January. Six weeks later, on 28th February, he received the keys to his new home.

“When I moved into Caritas Anchor House I was so relieved. I finally had a stable roof over my head, and could stay long enough to get my life back on track. Once I got here, I knew I wouldn’t ever go back to the streets. My career had been in restaurants where I worked as a bartender, sous-chef and then a chef. Zainab, my support worker, told me about the Only A Pavement Away charity who help assist and support those who are homeless into employment within the hospitality industry. She encouraged me to apply for a job.”

“I was helped to prepare for an interview at The Ivy Collection and was accepted for a trial shift, which went well, before being offered a role at The Ivy St John’s Wood. Cooking is something that I really love and I was very happy to be offered the position.”

It’s stories such as these that show the invaluable work that the team at Only A Pavement Away carry out on a daily basis.”

Iulian adds: “When you go from being homeless to moving in to your new home and being given a chance to forge a new career, it’s a feeling I can’t easily describe. I am so relieved and finally feel safe and stable. I am proud and know I have accomplished something amazing.”